Flag slurper has the concept of “projects”. These projects tell flag slurper where to find various files such as the teams.yml and services.yml files. It may also contain other configuration options such as where flags are located. The primary purpose of the project system is to keep data from different CDCs separate.

To create a project, run:

This will create a project named “ISU2 2018” in the folder ~/cdcs/isu2-18. You can then run the following command to activiate the project.

The output of the env command will set the SLURPER_PROJECT environment variable. This variable can also be set manually, instead of the --project flag.

When you want to deactivate a project, run the unslurp command.

Alternatively, you can specify --project PATH on each command. For example:

The --project PATH flag must be before any subcommands.

The Auto PWN feature will automatically look in common directories for flags that look like a flag. You can also specify locations to check. The following project file defines the “Web /root flag”:

You can specify as many flags as you want. All of the following fields are required:

service
The name of the service this flag is associated with. Auto PWN matches against this when determining what flags it should look for when attacking a service.
type
Which flag type this is blue (read) or red (write). Currently only blue is supported.
location
The directory the flag is supposed to be located in.
name
The expected file name of the flag. Pay close attention to {{ num }}. This is a placeholder that will be replaced with the team number during the attack.
search
Whether Auto PWN should search location for any files that are roughly the correct file size. A search is only performed if the falg is not found at it’s exact name {{ location }}/{{ name }}.

Here’s an example of an Auto PWN run that obtained flags: 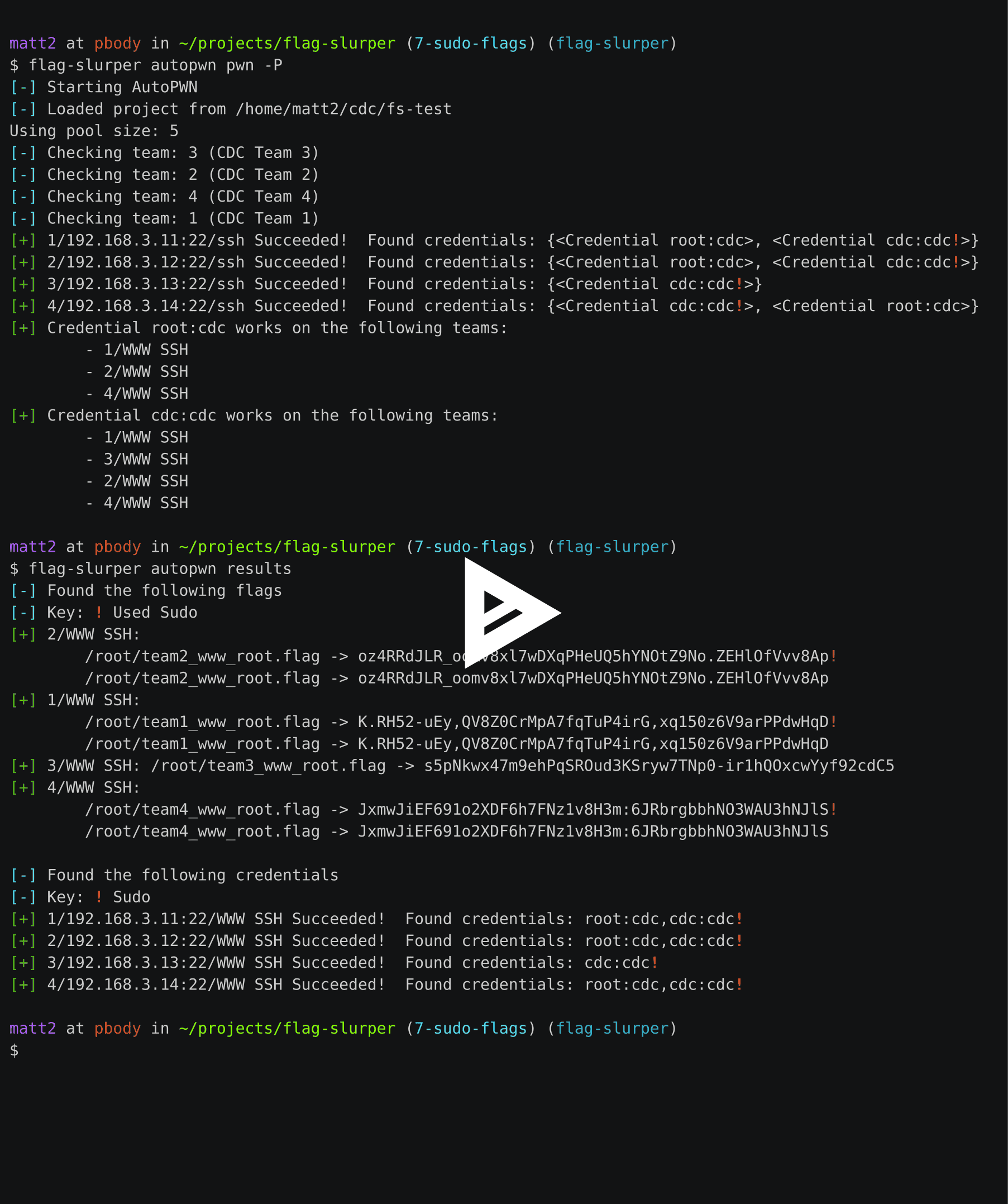 Credentails can be managed through the creds subcommand. To add a credential:

Show details for a credential